This article describes the aspects to be considered in order to define an assembly, component and drawing number system (or part numbering system) and is designed for the development and construction of products with a focus on mechanics. An example of a numbering system will be developed and the following questions will be addressed:

This article is intended as a guide and suggestion and does not purport to be exhaustive. An implementation of a labeling system must always be adapted to the respective requirements and the environment.

The component and drawing numbers should be determined as early as possible in the course of product development so that a high level of integrity of the product documentation is achieved. For example, the design of components can only be clearly assigned if the component designations are also clearly assigned.

But what must be included in a designation system?

Today there are still many drawing number systems that contain, for example, the sheet size. This is a relic from the time of paper drawing and is no longer needed, but is still “carried along”.

In order to be able to define a number or designation system, it must be discussed which information is required at which point in time. In addition to clear allocation, this information is usually used for quick orientation when handling components or drawings. Thanks to the use of a database, it would also be possible to completely do without meaningful names, but that would only result in unnecessary complexity in the flow of information and would not be practical.

The requirements for the information content can usually be limited to the following points:

In order to take these aspects into account, a basic classification is made in the first step.

Software is not considered here.

And where are the parts lists?

These are created through different views of the respective product structure (further below in the text), so they are not a separate element that has to be listed here.

An assembly is a collection of components that have either been manufactured or purchased. A distinction is typically made between

A reworked assembly may be necessary, for example, if the accuracy of certain function carriers can only be established after assembly.

Does it make sense to incorporate these three types of distinctions into the assembly names?

Not necessarily, but it is often done in practice (and therefore also in the following example below in the text). Most components and assemblies undergo multiple changes in the product development phase, which can also result in a change in this classification.

In practice, components are divided into

A division into further processing methods, such as turning, milling, drilling or lasering, would also be conceivable here, but this is not explained further here.

In the group of medium-sized mechanical engineering companies, the drawings are divided at least into

The reason lies again in the “historical” past.

For a long time -- and in some places still is today -- it was customary to display the drawing of a welded assembly and the individual part drawings of the same welded assembly on one and the same drawing. This has the advantage that you have everything in the workshop at a glance on the drawing. In the meantime, this is no longer common, as the software for component management can usually not process this mixture of assembly and individual parts, or only with increased effort. So the principle now applies: one part -- one drawing!

In order not to be too progressive here, the distinction between welded assembly and assembly is retained in the numbering system designed here.

This allows the classification of the product-defining elements to be expanded as follows:

The product structure is now composed of the elements listed above, which are arranged hierarchically. When determining the product structure, various aspects, such as handling standard parts or a desired modularization, must also be taken into account.

We are committed to a variant that we often encounter here. The product is at the top level and then it is broken down as in the following example:

Various other scenarios are also conceivable, such as a reworked purchased part, but more elements are not to be listed in this example. In practice, significantly larger quantities of components and more levels in the hierarchy are quickly reached.

From this structure, the need for assembly and component numbers quickly becomes apparent. The key name of the product is usually on the top level.

The terms chosen below are freely chosen based on common practice.

Let us assume that it is an automatic sheet metal bending machine from a company with a not very long tradition in this business, and that it is the third model in a product family, in a version for sheets up to 5 mm. This gives the product the designation SMB3-5.

The main assembly of this product could now be called SMB3-5. In addition, in this number, information on a

The component number of the top assembly would be SMB3-5-0M.

The information on the version of the assembly is still missing.

So we make a short detour to the

Revisions are usually triggered by changes, and changes occur both as part of product development initiated for the

after the start of production, for example by taking into account certain production steps or, in the case of older products, by the need to replace components that are no longer available.

These changes can take place in two significantly different ways:

This means that a component can only experience one type of change, but a drawing can be changed in two different ways. So the revision key of the drawing must enable a corresponding distinction.

The requirements for the numbering of assemblies, components and drawings are thus largely formulated so that the system can now be defined.

The top assembly is now also given an identification for revision, here we select 00 at the end of the component number. The subassemblies within a structure level and the higher-level module are incremented using the structure number. The number of the first assembly is therefore SMB3-5-0M-00.

What do we do with the individual parts?

Individual parts can also be assigned to an assembly, must also be given a counting number and require a revision number. Except for the code letter, they are identical to the assembly designations. The letter P is now used for the individual parts.

Purchased parts and standard parts are an exception to the numbering. No drawings are usually created for these parts, which is why they do not need to be incorporated into the numbering system. However, it is different when these parts are reworked. These types of components are not discussed further at this point.

The product structure now looks as follows, taking into account the aspects mentioned so far, all components are revision 00:

The count number for the first element of a structure level is always 1, with the exception of the top assembly.

This means that a lean numbering system has been found for components and assemblies.

Repeat parts are usually those components that cannot be assigned to either purchased or standard parts, but are used multiple times. The number of the component is defined once -- when it is used for the first time -- and usually not changed. Unless an assembly may only contain clearly identified elements for reasons of traceability.

The drawing numbers follow the component numbers and assembly numbers, but must be supplemented by a letter (in our example, D after the type designation) for clear identification. As the revision of the drawings can be done in two ways, as described above, an additional revision identifier must be included. A letter can be used here to differentiate between the component or assembly revision, which in our case is incremented from 00. In the initial state, this letter is omitted, i.e. only the first revision receives the letter A.

The design of numbering systems for the designation of assemblies, components and drawings in development and engineering is complex -- and this article describes only one possible and general approach and is primarily intended to identify the aspects to be considered. While there is “leeway” for definition in mechanical engineering, other areas are already more strictly regulated with regard to the labeling of products. It is important to unite the different interests of those who want to gain information from this data and to keep the effort for setting up and maintaining such a system as low as possible with maximum flexibility. In addition to the aspects presented here, the consideration of characteristic product structures, provisions for production and assembly or the mapping of software and documentation in such a system are also conceivable.

The Engineering Mechanics Formulas used in our exercises

Learn the Greek letters with the Memory Game 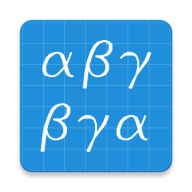 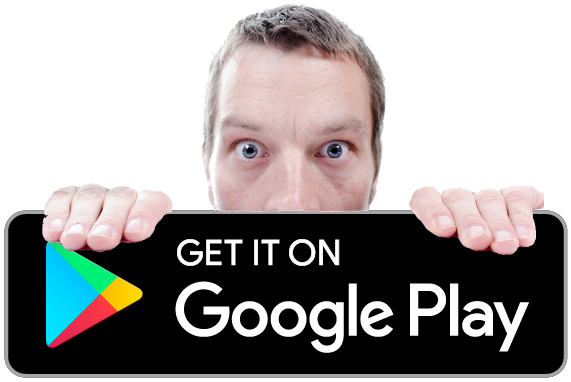